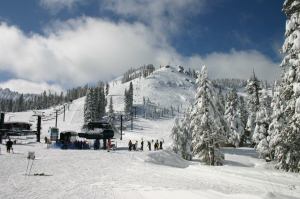 Life has been hectic the last few months with many miles travelled  and a lot of races completed.  I am currently back at home base of Truckee, California having a rare few days off – finally had a worthy dump of snow, an incredible 240cm (95 inches) after a very lean season!

Since the last update in February, the team has competed in a further eleven races and covered thousands of miles and I must admit to becoming very tired.  After the Wild West Classis FIS races at Snow King we returned to Truckee to attend  four days  of races at Squaw Valley.  Another fairly new mountain, definitely a “home advantage” hill to ski with a few tricky spots, unusual course set and way too many mistakes.  Placed third in day two giant slalom but it was a frustrating series for me.  Following these races we packed up once again and headed out to Sandpoint, Idaho for the West Region Junior Champs at Schweitzer for six days of races.  Unfortunately it wasn’t a race series I was able to make points in, even when I took out first place for the slalom.  Schweitzer was a real mix of weather with some really warm days having the second run in slushy conditions to the last day of slalom in heavy snow to finish the series. Really pleased to finish the races and head the thousand miles back to Truckee for a much needed break.  A few of us took a trip to San Francisco to get away from the snow for a few days – which was a good thing as the snow storm in Truckee delivered nearly two and a half metres of snow to Sugar Bowl.

Our next series of races will be at Park City in Utah (930km drive) from 26th March and we will do the first couple of days of giant slalom races before travelling on to Winter Park, Colorado to take part in the US National championships from 29th March to 1st April. 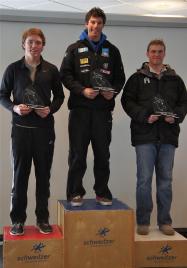