Working towards the start of the 2019 NZ season with plenty of time spent in the gym building on strength and condition is keeping me busy, thanks to Alpine Health and Fitness. As one journey ends another begins and with funding from NZ Ski Charitable Trust (Hamish Edwards) coming to an end, it’s time to reassess. This season, after five great years of training at Coronet Peak with the Coberger Academy, I feel it is time for a change and am excited to be heading to Cardrona again. This season I will be under the experienced coaching of Osi Inglin and CAST (Cardrona Alpine Ski Team)

Many thanks to the Skeggs Foundation once again for your continued support. For any athlete in the Otago Region, be sure to check out their funding opportunities, click on the link and head on over to their website.

It was great to experience a breath of summer in Thailand and Bali after a tough season in Europe and get a chance to try something different with a bit of surfing in warm water!

It was a much needed break from winter to unwind and move on from what had been a difficult season. While I had some excellent training in Europe and some of my racing improved, results were hard to come by and the pressure was on.  Another season where the elements made for tough conditions with dumpings of fresh snow just before races, or warm wet conditions also adding to the mix.  In amongst all the World Cup races, we also headed up to Sweden to Åre for the World Ski Championships in February where it was another mixed bag of weather and conditions! I picked up second place on the podium for the National champs slalom race in Jasna, Slovakia early March which was a bonus. From Europe after the final World Cup race in Kranjska Gora, Slovakia 9th March, we rushed over to catch the tail end of the NorAm races in Burke, USA on the 12th March for four days of racing.  Not ideal conditions on top of the stress of travel and changing time zones made for a tough end to the season mentally as well as physically.

The plan for my start of the race season was to head over to Mt Hotham, Australia for the first of the ANC races, however with not enough snow these races were cancelled.  Instead, our team along with the Australians who had stayed on for training, headed over to Treble Cone and Cardrona.  First races of the season are now out of the way with mixed results but it worked out well for me, with a win on my 21st! The Wanaka Tech Series started with two slalom races down Big Skite at Treble Cone on the steep pitch, pretty challenging conditions. 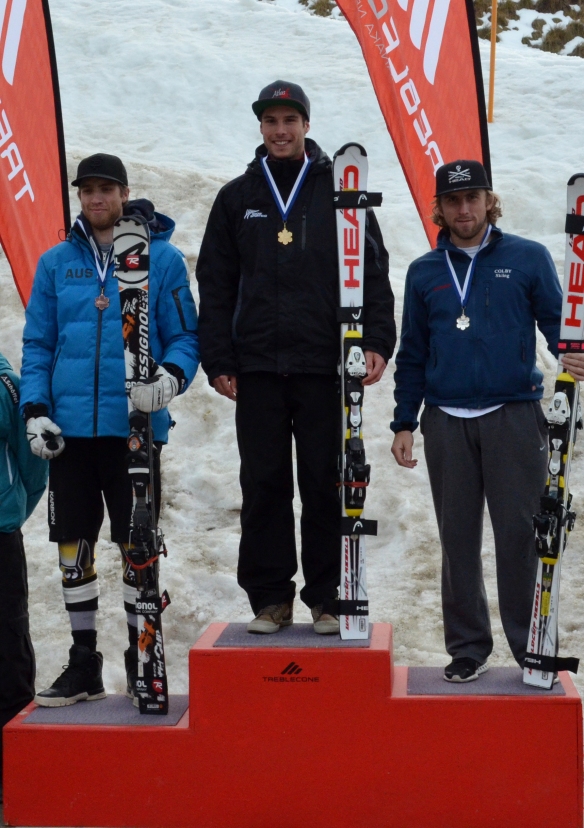 First day was a personal best result with 17.35 points and first place against some top racers.  Day two I came out in the second run while ex training buddy from Sugar Bowl days and US Athlete, Mark Engel took out gold.

Cardrona always throws out some surprises, good and bad so it was a really mixed set of results for a lot of people with the two days of giant slalom down Sluice Box.  It’s a pretty flat hill and even the slightest deviation from the best line can take seconds off.  Top racer Adam Zampa from Slovakia took out first place on day one but slipped to 6th on day two.  I made points both days with the best being 22.20 on day one.  Really enjoying a couple of days off after four days of way too early starts at 5.00am and a lot of travel.

It’s been a little bit too warm and no new snow so our training area is looking a bit thin.  Working on some new HEAD boots, getting the most comfortable fit out of them ready for the next races at Coronet Peak coming up soon.