Excited to start the New Zealand season on some new gear, joining the Volkl, Marker and Dalbello Family!  Many thanks to Eric Wolf, Racing Management for time spent getting such a good fit with the new Dalbello Boots.

After the initial back on snow basics at the Remarkables and then more strength and conditioning, it was full on training mode at Rocky Gully, Coronet Peak.  It has been interesting working on the new test Volkl skis trialing a few different models to see which ones work best for me.  Getting there but still need a bit more testing in some better snow conditions.

Racing seemed to start quickly as still in training mode. Weather and snow conditions weren’t the best so the first giant slalom series at Cardrona were postponed and the fog and tricky snow conditions on new gear for the slalom were a challenge.  A little more training and it was straight into the National Championship races at Coronet Peak this week.  Second day of giant slalom for the Coronet Cup I got a better feel for the conditions and put down the 3rd fastest second run.The first three days were pretty mixed with poor visibility in cloud/fog and soft snow that was quite sugary and not a lot of it in places.  For the final day of slalom we saw blue sky for the first time in days and the snow held up really well after a good freeze the previous night. 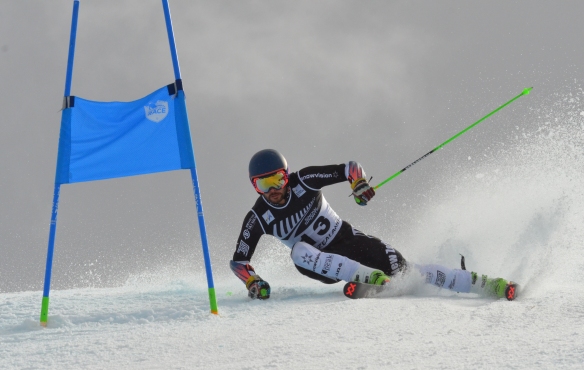 At the end of the day I was pleased to have retained the National Slalom title and also to have picked up the Giant Slalom title. Many thanks to all my sponsors for your continued support and belief in my progress. 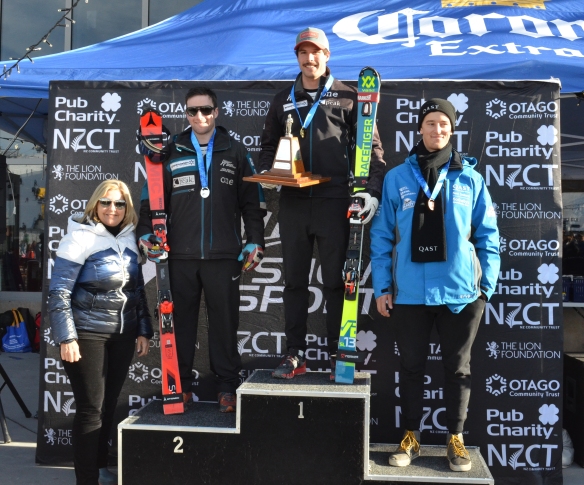 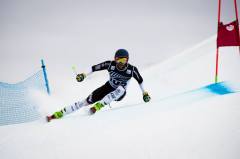 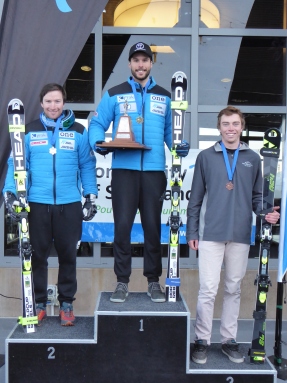 Racing got underway 1st August with a GS at Cardrona which came around quickly after just one day of gate training due to the lack of snow conditions.  I picked up a podium in 2nd place and then it was straight back to Coronet Peak where we were finally able to get some gate training in.  The National Championships came around quickly, 9th August, with the GS first.  Managed to pick up the gastro bug going around so felt pretty bad for most of the week but was able to place 2nd behind Willis in the GS and pick up the National Title again for the slalom.  One more week of training on some pretty good conditions at Coronet Peak and then headed over to Australia for the start of the ANC races at Mt Hotham. 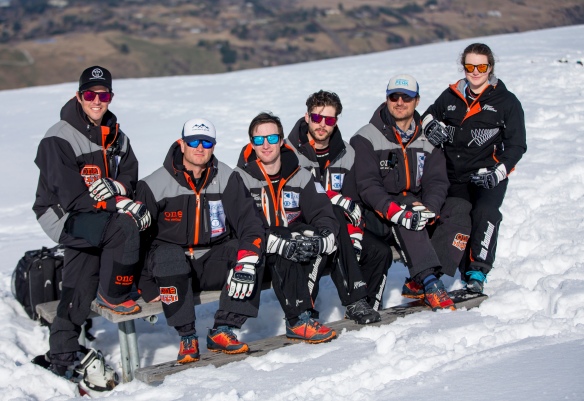 First men’s races at Hotham were postponed due to the weather but managed to complete all races using up the weather day.  I had some good runs but had trouble finding a good head space which didn’t go well overall.  Flew back to Queenstown and it was straight into racing again with the final of the ANC GS and slalom races at Coronet Peak.  Again I had sections of good racing and managed to take out the AUS/NZ yellow bib for the slalom but found it quite a struggle.

We had a couple of days in Queenstown then headed up to Methven for the final speed races for Nationals and ANC’s.  The weather wasn’t the best with our day of training super g cancelled and the following day we squeezed in three super g races.  After the super g races, the weather pretty much fell apart so we decided not to race the super combined but headed back to Queenstown which was a good call as the rest of the races were then cancelled.

Overall I found it to be a very challenging season with virtually no training to speak of before racing started. Fortunately we have had some excellent training since the races finished with some great conditions both at Rocky Gully and up at the Remarkables. 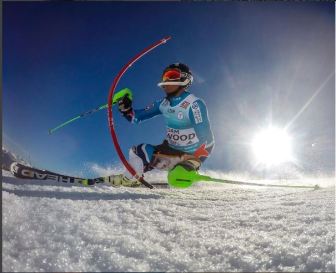 One day during the last week of training, we had an early GS session at Remarkables which was followed by an enjoyable session with the Gold Members and children on a paneled slalom course.  It was great to catch up with them again to see how they have progressed and watch their enjoyment on snow.

After a week of taking time out it is now full swing back into the next strength and conditioning phase before heading on to the northern hemisphere season.  Once again it has been amazing to have the support of so many, thank you one and all!